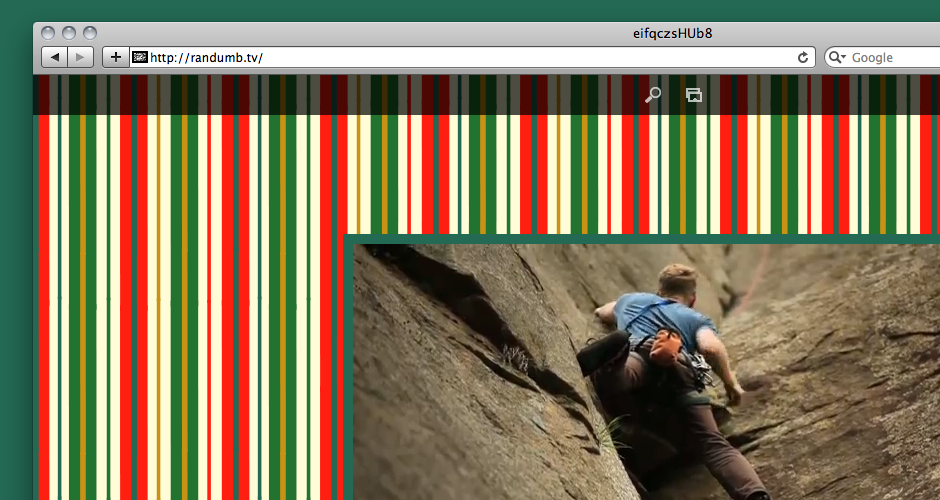 The idea behind Randumb TV was to create a random stream of never ending videos from YouTube, basically making a single TV channel from short random related videos that morph in subject content over time. The site was created to target youthful drug culture and internet savvy demographics.

It was built to be avant garde with an extremely minimal interface and no real instruction of what the site was about to build viral intrigue. I took out some ads on Reddit and created a Facebook page to promote the idea. Since its creation, Randumb TV has streamed thousands of videos to viewers.

Randumb TV is a mashup of several APIs including the YouTube API and the COLOURlovers API for the backgrounds. I built the player for this site in ActionScript using my own ActionScript framework, Cyntaxic.