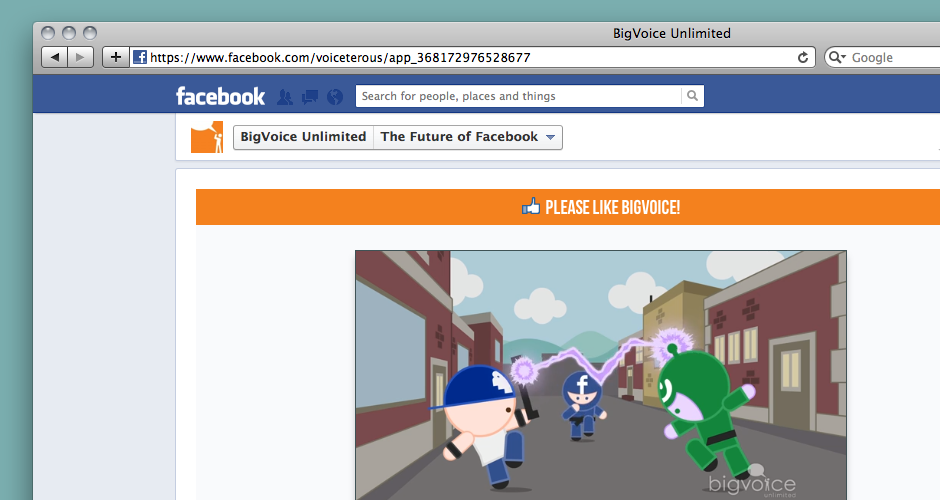 BigVoice Unlimited approached me with a promotional project for their business. They wanted to create an animation to be part of a series they would be releasing around the web and as tabs on their Facebook page. After talking about the project specifics, I came with a concept to have each social media site portrayed as a fighter in a battle royale for internet dominance.

The site itself was created while Facebook was making the switch between sizes of their tabs. I made the site responsive so when the layout switched over, the site would look good in the larger tab space as well. For the video part of the project, I created the artwork in Illustrator then imported and animated it in Flash. I added effects and composited the project in After Effects.