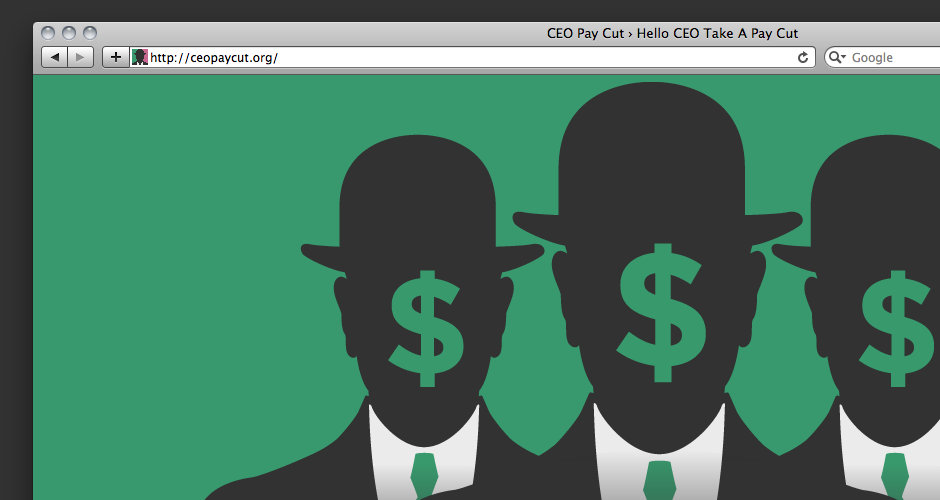 This site serves as an open invitation to all executives of profitable corporations to pledge a percentage of their earnings back into their companies to close the wealth inequality gap growing in America. The idea behind this site was it could be a success in either one of two ways. It could either be successful in getting CEOs to pledge wealth back into the middle class and help to solve the wealth inequality gap or it could help to shine a light on how disconnected high level executives are from the working class that have allowed them to attain such wealth.

I sent out over 100 emails to executives to take the pledge. If you been watching the news and seeing all the protests going on about this issue, you may have guessed by now that not a single CEO has taken the pledge further pointing out their disregard for the average American.

I used the Codeigniter framework for this project. During this project, I also created some code for protecting webfonts from download similar to how font hosting sites handle font protection and obfuscation. Later, I repurposed this code into a module for PyroCMS.